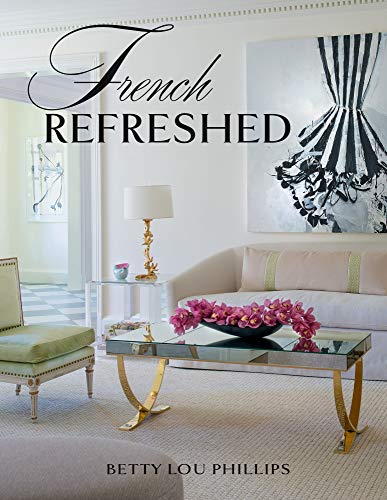 Simplicity is the new era of chic.

Despite the grandeur in which Louis XIV and his descendants Louis XV and Louis XVI lived in the magnificent Château de Versailles, extravagance rarely suggests elegance these days. Befitting spaces less assumedly scaled than the vast palace, alluring, of-the-moment interiors exude a more discreet cachet. Clean, not stuffy, reflects our culture and the times.

Betty Lou Phillips is the author of fourteen books on French and Italian design, including the award-winning Villa Décor. A professional member of the American Society of Interior Designers, her work has been featured in countless magazines and newspapers. Additionally, she has appeared on the Oprah Winfrey Show. She lives in Dallas, Texas.